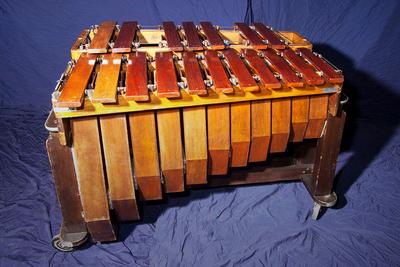 Mallets used on the bass marimba range from hard, large mallets to accentuate more of a bass line, to mushy soft mallets to bring out the more sonorous bottom (such as in live marimba ensemble performances).