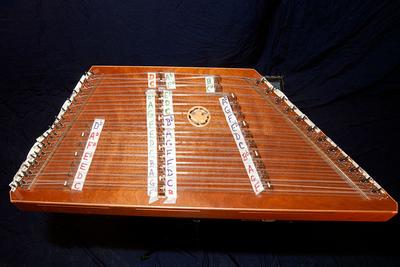 Emil Richards used his chromatic, three-octave dulcimer in many soundtracks, especially in those with Eastern Indian or American country themes.

In the studio, Emil used mallets made of wood that had a curve in which to place the fingers, sometimes wrapping cotton or silk string around the striking end to soften the sound.